Automation, global code change via keypad – How to change a global switch code via the keypad

This FAQ demonstrates how to set an automation which will allow a global switch code to be set and modified via an intercom’s keypad. 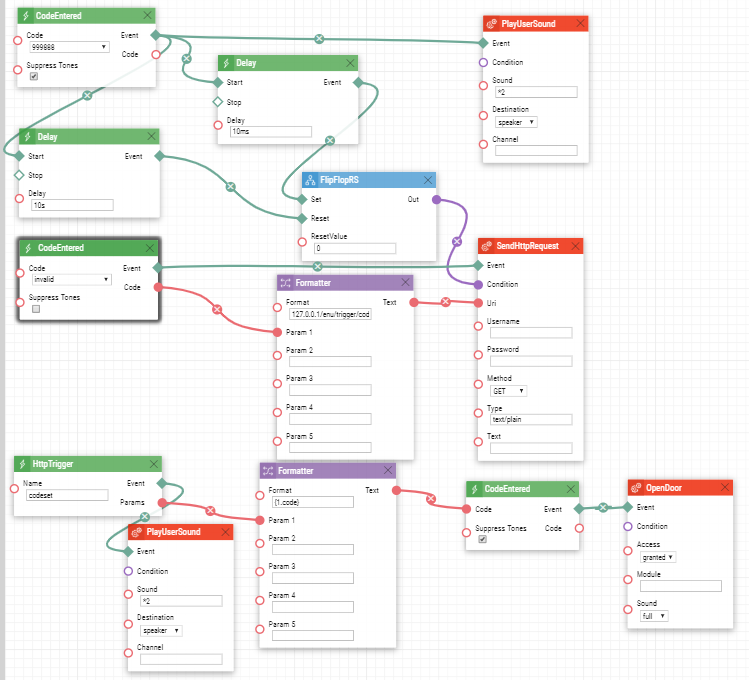 Also: the newly defined global code will be lost upon any changes made in the web interface of the intercom since saving any changes will clear this 'temporary' memory.