If you have some gateways connected to 2N®SIM Star Server and you want to make firmware upgrade of any of these gateways directly from PRI config program (BlueTower, StarGate) or via web interface (VoiceBlue Next, new CPU for StarGate and BlueTower), it could happen that you will not be able to do that. You will select the newest FW, upload it to the gateway and see the message, that firmware has been successfully upgraded. 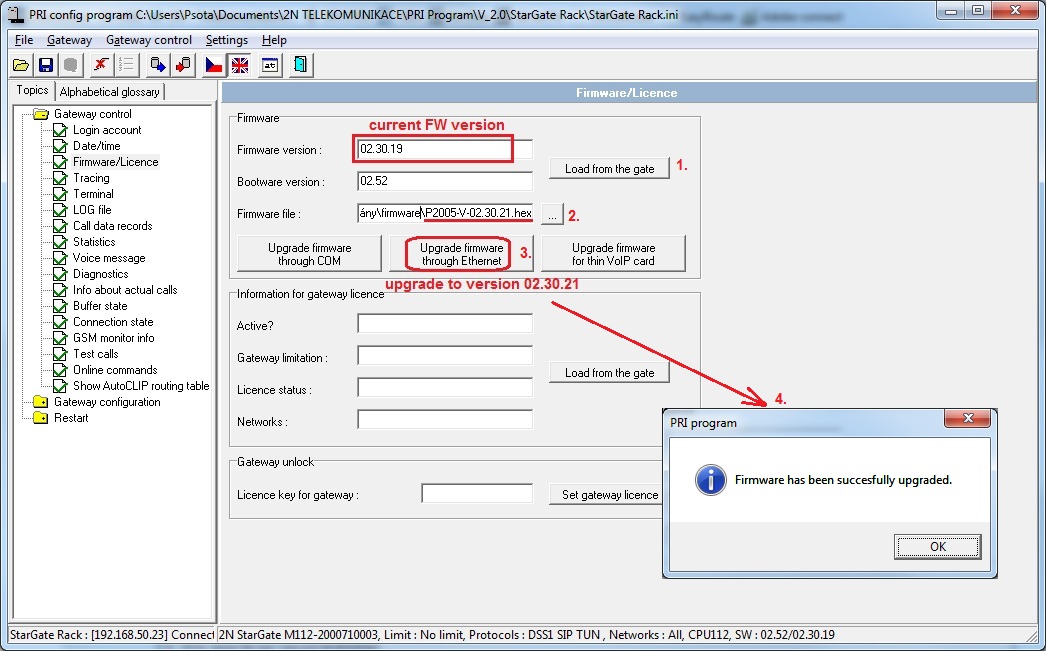 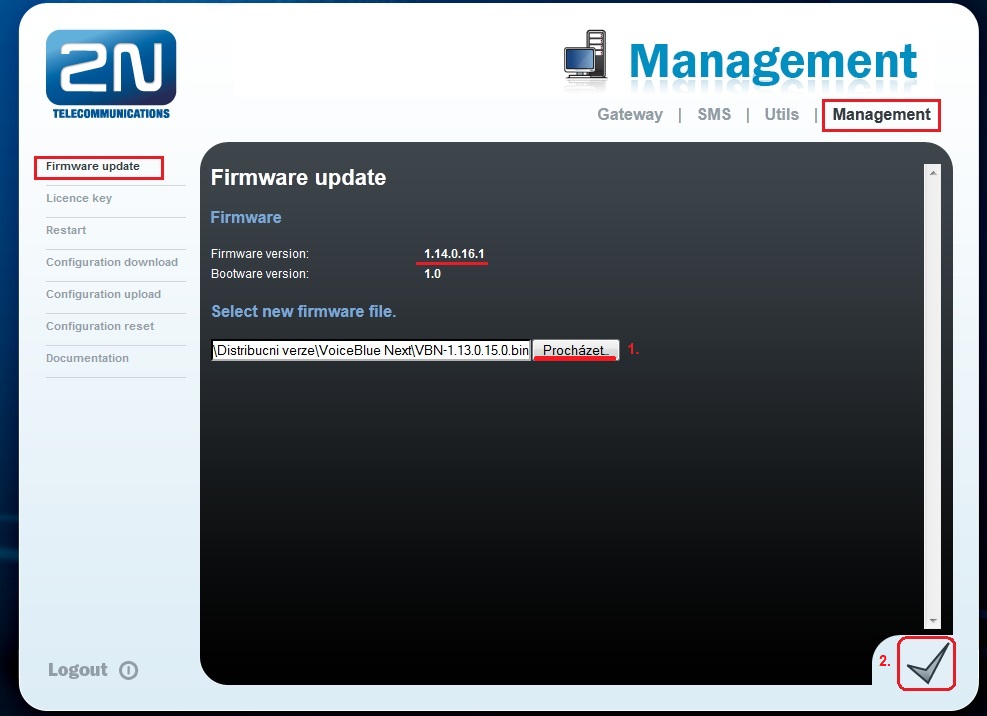 Then the gateway will be restarted automatically in order to load new firmware, but after that there will be still the old FW version in the gateway. 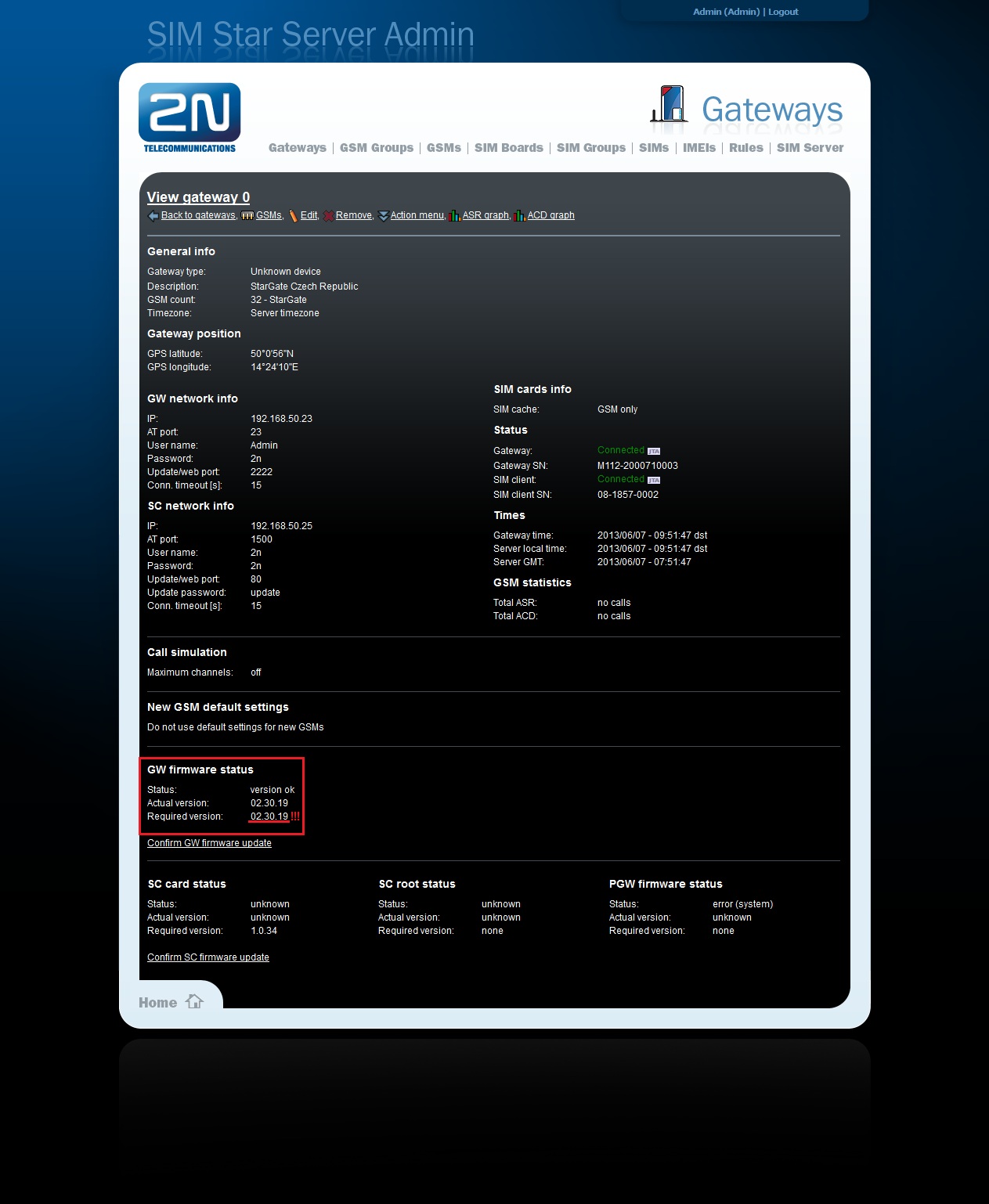 If you want to make FW upgrade manually, you have two options: