2N® SmartCOM PRO supports communication protocol IEC62056-21 for reading data. This functionality is provided by special FW which is distributed on request.

In this FAQ 2N® SmartCOM PRO is set for reading data from electricity meter. Electricity meter with RS485 and standard IEC62056-21 support had been used.

RS485 parameters need to be set as the very first step. Connect to the 2N® SmartCOM PRO via putty and use the set of following at commands:

at^scams=?          - display available commands for AMS and parameters of these commands 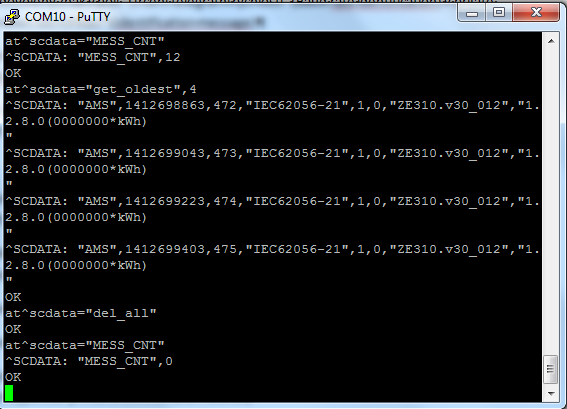